What is Corneal Hyperalgesia?

Hyperalgesia is a condition where an extremely painful response is triggered in the human body by an external stimulus. In most cases, a person develops increased sensitivity to pain because of which normal stimulus that wouldn’t affect most people will cause this person to double over in pain. When this painful response is triggered in someone’s eyes, especially the cornea, the condition is referred to as Corneal Hyperalgesia. Corneal Hyperalgesia can be very difficult for a doctor to diagnose since the main underlying cause for it is largely unknown. Because of this, putting the patient on an effective treatment regime can be tricky as well. By far, there are two possible known causes of Corneal Hyperalgesia.

One of the two causes that could cause Corneal Hyperalgesia is believed to be a chemical imbalance. Certain chemicals in our system help us keep our pain tolerance up. It is because of these chemicals that slight pricks and prods here and there do not cause us a lot of pain and inflammation. It is also because of these chemicals that several people have a very high pain tolerance. However, if there’s an imbalance in the levels of these chemicals in our body, we might begin to feel more pain than we ought to. This chemical imbalance could be one of the leading causes of Corneal Hyperalgesia in humans.

Another reason for Corneal Hyperalgesia is the changes to nerve pathways. We feel pain when the nerves in our body are exposed to external stimuli. However, when there’s a “cross-wire” or a change in the neural pathways, the pain signals do not reach the brain effectively. This causes the human body to feel tremendous pain. When it comes to Corneal Hyperalgesia, it is believed that the nerve pathways related to the cornea are severely cross-wired, which leads to the patient feeling a lot of pain and inflammation in response to even the slightest of stimuli. Even in the presence of supporting evidence for both these causes, health researchers are still not sure about what exactly causes Corneal Hyperalgesia. Even in the presence of symptoms, it takes a lot of prodding for a doctor to conclude that someone is suffering from this condition.

Some of the most common signs of Corneal Hyperalgesia that doctors look for are:

Treating the symptoms of Corneal Hyperalgesia

In most cases, the doctor prescribes opioid-based pain medication. However, there have been several cases where opioids have triggered Corneal Hyperalgesia and caused the condition to worsen. In such cases, the doctor usually reduces the dosage or shifts to an alternative drug called methadone. Methadone is known to reduce pain and also prevent opioid-induced Hyperalgesia or OIH. Another method of treating Corneal Hyperalgesia is by using blocks for receptors present in the brain and spinal cord. The most common ones are buprenorphine and ketamine.

Since there are no distinctive treatment methods and the steps taken to deal with Corneal Hyperalgesia are mostly based on trial and error, there is no guarantee that they would work. Some methods might work for a few people, while in others, they could make the condition worse. However, there’s another treatment method that could prove highly beneficial for patients suffering from Corneal Hyperalgesia – Topical Cannabinoids.

Another study published in the Cannabinergic Ligands: Chemistry, Pharmacology and Therapeutic Potential issue proved that the CB1 receptor in the human endocannabinoid system helps in reducing ocular inflammation and pain. CB1 signaling can help a person deal with pain and inflammation much better. Since topical cannabinoids work by interacting with both CB1 and CB2 receptors in our endocannabinoid system, they are great alternatives to be used to deal with Corneal Hyperalgesia. There’s another 2018 study published in the Neuronal Signaling journal that shows that the modulations to the human endocannabinoid system with the use of topical cannabinoids is a powerful and excellent way to treat conditions related to ocular pain and inflammation such as Corneal Hyperalgesia.

The cannabinoid is essentially a lipophilic molecule. This means that it repels water and has a natural affinity towards fat molecules. Now, the human eyes have a thin watery layer covering the corneas. This is in place to help with the lubrication of the eyes and preventing them from drying out. However, this watery layer prevents the topical cannabinoids from getting absorbed in the corneas properly, thus rendering topical cannabinoids useless. To deal with this issue, researchers introduced a vehicle in topical cannabinoids that could help carry it across the watery layer. Light mineral oil was used for this purpose. Alternatively, some pharmaceutical companies also use cyclic sugar molecules or cyclodextrins instead of light mineral oil. This is dome because light mineral oils can sometimes irritate the eyes of a few patients.

Usually, patients are recommended to put one to three drops of the topical cannabinoid eye drops early in the morning. Depending on the intensity and extent of your Corneal Hyperalgesia, your doctor will likely recommend putting one to three drops of the topical cannabinoid twice or thrice a day. It is very important to consult with your doctor regarding the medication and dosage for this condition. Since it is a fairly severe condition, you cannot take the risk of self-medicating. This may lead to the condition worsening. Ensure that you consult your doctor before starting to use topical cannabinoids to deal with Corneal Hyperalgesia and stick to their prescription strictly.

Another alternative to using topical cannabinoids is sublingual methods of administration. In this, a tincture of cannabinoid is used. Two to three drops of this tincture are placed under the tongue of the patient. Since the skin layers under the tongue offer high permeability, the rate of absorption of the cannabinoid tincture increases, thus enabling faster and stronger results. For people who are uncomfortable with topical, oromucosal, and intranasal methods, trying out these tinctures can be an excellent way to go forward. Other than this, patients also have the option to use pills, capsules, and edibles. However, these forms of administration do not offer higher absorption rates, which is why topical cannabinoids are the most preferred method to treat Corneal Hyperalgesia.

Currently, researchers are looking into the treatment of several eye-related conditions such as macular degeneration, glaucoma, and cataracts using cannabinoids. In several cases, cannabinoids have shown to be highly beneficial in dealing with these conditions. A pilot study published in the Journal of Glaucoma showed that the sublingual application of cannabinoids in patients suffering from ocular hypertension helped regulate and bring down the pressure. This regulatory effect helped bring relief from ocular hypertension. Since this was only a pilot study conducted in this domain, more evidence is required to truly establish cannabinoid as a mainstream treatment method for ocular conditions.

Overall, research in this aspect is still very limited. Researchers are constantly looking to assess the toxicity levels that cannabinoids might show when treating eye-related conditions. Some researchers are also looking into the side effects that it might have. They want to make sure and eliminate any potential risks that this drug might. Further research and development in this domain will have us identify the potential of cannabinoids in dealing with ocular conditions.

Corneal Hyperalgesia is an immensely problematic and painful ocular condition. For patients suffering from this medical condition, it becomes very difficult to carry out simple daily activities like reading, driving, working. Plus, the fear of any extra damage occurring to your eyes and potentially losing your eyesight can induce high levels of anxiety and depression. In such scenarios, where the condition is potentially serious and is difficult for a doctor to diagnose quickly, patients have to live with a lot of pain for indefinite periods. For these patients, topical cannabinoids come as a blessing. 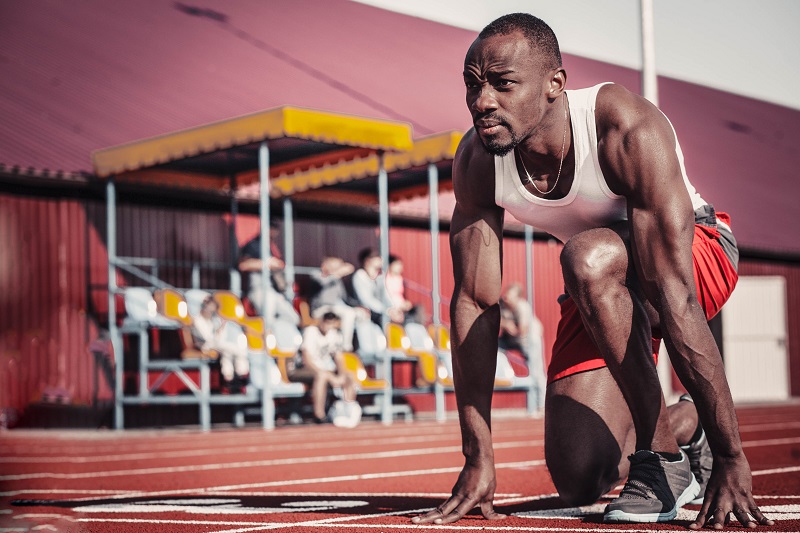 The awareness regarding CBD is more than before and is constantly increasing. The latest industry to show a greater interest in CBD and its various health benefits is that of sports.

A key reason for the sports industry to shift focus to CBD is its ever-growing need for a solution that reduces stress for athletes and enables speedy recovery while being legal. 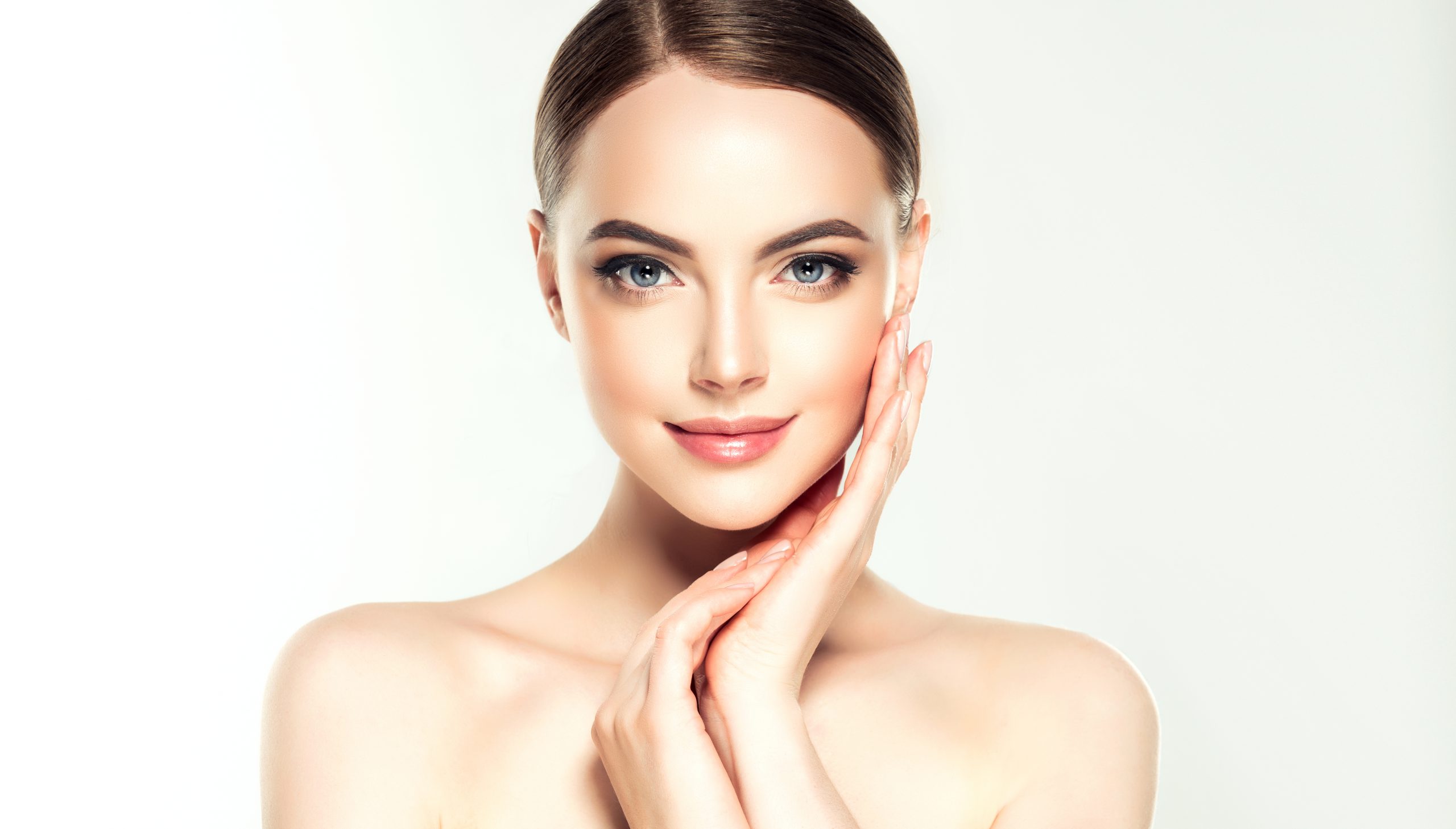 Navigating the Murky Waters of the CBD Beauty Market

Consumers want to use products containing CBD, but many are confused over what they are buying.

The Efficacy of Pharmaceutical CBD in Treating Epilepsy

Epilepsy is a chronic neurological disorder that is non-communicable in nature. Recurrent seizures are the main characteristics of epilepsy. These seizures can be partial where there is an involuntary movement of a part of the individual’s body or generalized where the entire body experiences these involuntary movements.

Inflammation of the skin is a natural response of the body’s immune system to allergens and skin Infections. Inflammation may also be indicative of an underlying disease. 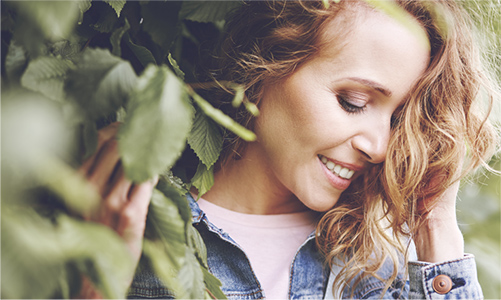 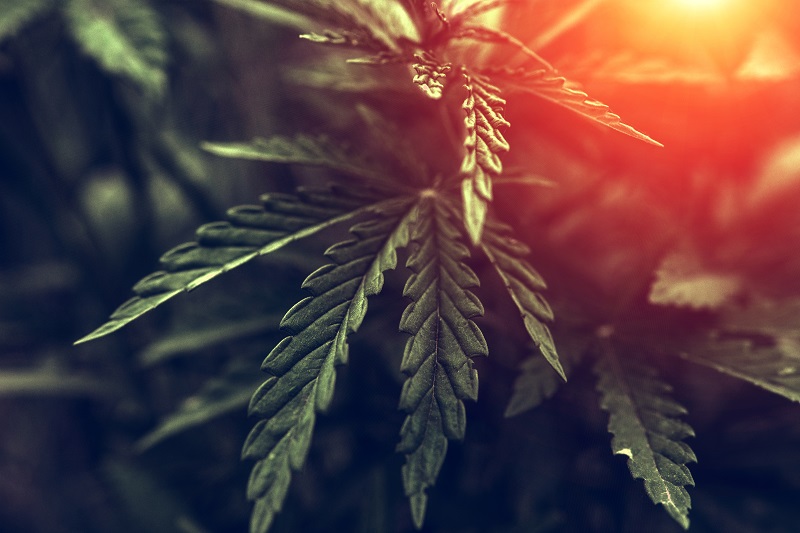 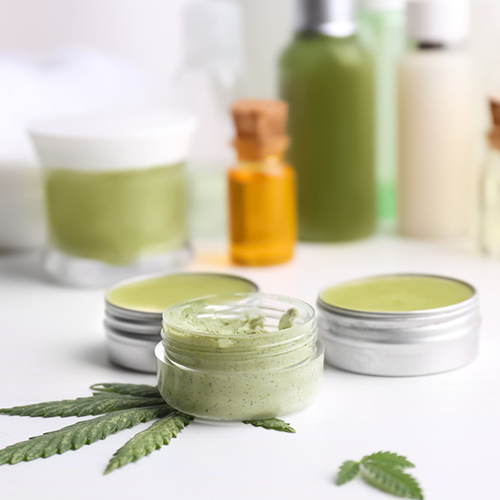 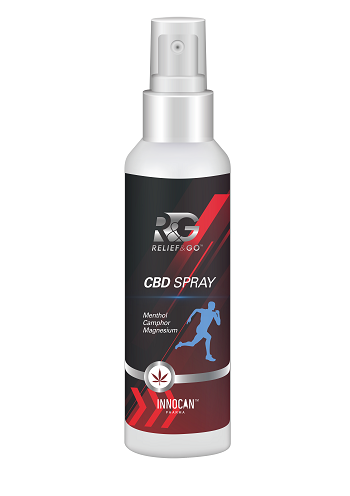 As more and more research, studies, and clinical trials into cannabis and its derivatives are being published and peer-reviewed, its medicinal benefits are quickly becoming undeniable. 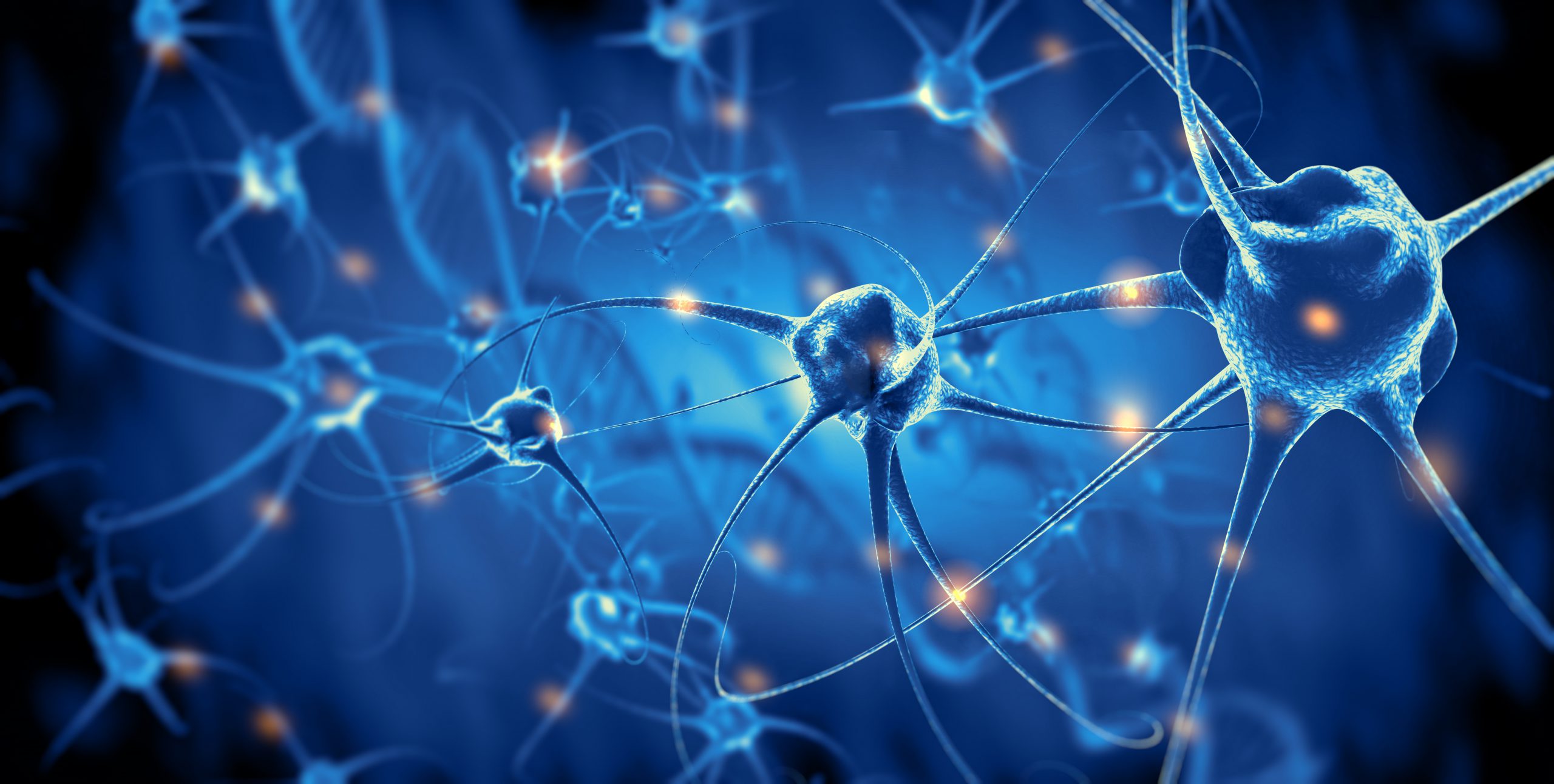 What the Endocannabinoid System can do and cannot is still under research. Existing research however reveals that endocannabinoids are responsible for a range of body functions. The System basically serves as a cell signaling medium.