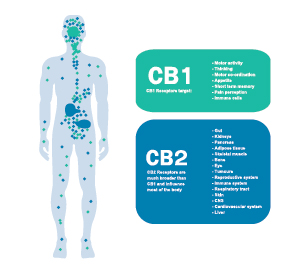 The discovery of the Endogenous Cannabinoid system, more commonly referred to as the Endocannabinoid System (ECS) has been hailed by many scientists as one of the most important discoveries of the 20th century.  “The endogenous cannabinoid system—named for the plant that led to its discovery—is one of the most important physiologic systems involved in establishing and maintaining human health.” (1) To date, research (2) has linked the ECS to the following:

Before discussing how Cannabidiol (CBD) interacts with the (ECS), it seems appropriate to acknowledge the ground breaking steps made by several teams of scientists that eventually led to the discovery of this previously unknown molecular signaling system, the Endocannabinoid System.  In Part II we will take a close look at the ECS and what is currently known about how it works. Part III of this article will focus on the research that has been done on how CBD affects the ECS.

The Discovery of the Endocannabinoid System – A History

Despite records going back thousands of years, documenting medicinal uses of cannabis, there does not appear to be any written account indicating why it was used by ancient healers to treat a variety of illnesses. Furthermore, until recently, no one understood how it interacted with our body to create the intoxicating effect it is most commonly known for.

Cannabinol (CBN) is the first of the cannabinoids (phytocannabinoids) to be isolated, from a red oil extract of cannabis, (Wood et al). CBN is a mildly psychoactive cannabinoid found in trace amounts in Cannabis. It is mostly found in aged Cannabis, and therefore it is thought to be a byproduct of oxidized THC during the storage of harvested cannabis.  (3)

The structure of cannabinol is partially elucidated by R.S. Cahn.

The chemical synthesis of cannabinol is first achieved in the laboratories of R. Adams in the U.S.A. and Lord Todd in the U.K.

A second phytocannabinoid, cannabidiol (CBD) is first obtained from cannabis in the same year by Adams and colleagues.

First extraction of Δ8 and Δ9– tetrahydrocannabinols from cannabis by Wollner, Matchett, Levine and Loewe is achieved.

Pharmacological experiments with single cannabinoids were first performed in the 1940s and 1950s. Many of these were carried out either with preparations of THC, CBN or CBD extracted from cannabis or with two then recently synthesized cannabinoids, Δ6a,10a-THC and its hexyl analogue, synhexyl . (4) The key findings of these early experiments were evidence that CBN has much lower potency than THC as a psychotropic agent, and that CBD lacks psychotropic activity altogether. Another study during this time showed that sleep induced in mice by an unnamed barbiturate can be prolonged by CBD, but not by CBN or THC.

It is the team of Raphael Mechoulam and Yechiel Gaoni who are credited with making the first step towards the discovery of the Endocannabinoid System. (5)  The structures and stereochemistry of CBD and Δ9-THC, each of which occurs naturally as its (−)-enantiomer, were elucidfated in Raphael Mechoulam’s laboratory: in 1963 for CBD and in 1964 for Δ9-THC, when it was first isolated from cannabis. It was also in Mechoulam’s laboratory, in 1965, that (±)-Δ9-THC and (±)-CBD were first synthesized.

Although THC was now known to be the main psychoactive component of Cannabis, it was still unclear how it could influence neuronal behavior. At the time, known neurotransmitters and neuromodulators were water soluble. They transmit their signals by travelling through the aqueous matter surrounding the synapses and interacting with cells by binding to specific proteinaceous receptor molecules on the cell surface. THC is a lipid and lipids avoid water. At the time it was generally assumed that the high lipophilicity of the cannabinoids is the basis of their pharmacological action. Δ9-THC was considered to belong to the group of biologically active lipophiles and that its effects should be compared with the chronic effects of anaesthetics and solvents. Therefore, it was possible to explain the action of cannabinoids without postulating the existence of specific cannabinoid receptors and of endogenous mediators. (3)

However, in the mid-1980s, a discovery was made in Allyn Howlett’s laboratory at St Louis University that suggested cannabinoid receptors exist. The finding owed much to advances that were taking place at that time of the understanding of signalling by G-protein-coupled receptors. The research was facilitated by the development by Pfizer of several novel potent cannabinoids. The crucial finding in this case was that psychotropic cannabinoids have in common an ability to inhibit the enzyme adenylate cyclase by acting through Gi/o proteins. (4)

It was in 1988 at the St. Louis University School of Medicine that a team lead by Allyn Howlett and William Devane discovered conclusively the mammalian brain has receptor sites that respond to compounds found in cannabis.  The finding was made possible through the use of a relatively new technique at that time that allowed the presence of the recognition sites of receptors to be detected using a radiolabelled ligand and by labelling the Pfizer cannabinoid with the radioactive isotope tritium. The results obtained with trtium labelled cannabinoid provided evidence for the presence of high-affinity binding sites for this ligand in rat brain membranes.

Since the ability of unlabelled cannabinoids to displace synthetic cannabinoid from these sites and to induce Gi/o-mediated inhibition of adenylate cyclase was found to correlate with their ability to elicit cannabimimetic responses in vivo in mice, it was now almost certain that cannabinoids acted on a receptor and that this receptor was G-protein coupled. These receptors were called cannabinoid receptors.  (4) (6)

CB1 receptors are the most abundant type of neurotransmitter receptor in the brain. They are also found in connective tissues, gonads, glands, and organs. CB2 receptors, on the other hand are found to be dominant throughout the immune system and the peripheral nervous system.  The fact that these receptors had such a high affinity for the cannabinoid THC as well as the synthetic cannabinoids used in testing led researchers to conclude that there must be cannabinoids that occur naturally in the body.

The undeniable presence of cannabinoid receptors led to the assumption that the brain must produce a neuronal mediator, a specific compound (or a family of compounds) which binds to and activates the cannabinoid receptor. After all, why would these receptors exist only for the purpose of binding with a plant synthesized cannabinoid?

In 1992, at the Hebrew University in Jerusalem, Dr. Lumir Hanus and American researcher Dr. William Devane discovered the first endocannabinoid N-arachidonoylethanolamine also called anandamide or simply AEA.  The name is taken from the Sanskrit word ananda, which means “joy, bliss, delight”, and amide. The same team later, discovered a second-major endocannabinoid 2-arachidonoylglycerol (2-AG).  These discoveries verified the earlier theory of the existence of endocannabinoids.

The Endocannabinoid System is Discovered

Additional research revealed that AEA and 2-AG are created on demand and bind to the CB1 and CB2 receptors with the assistance of carrier proteins. They are then broken down by the enzymes fatty acid amide hydrolase (FAAH), which breaks down AEA and monoacylglycerol acid lipase, which typically breaks down 2-AG. This complex signaling system made up of cannabinoid receptors, endocannabinoids and enzymes was named the endocannabinoid system after the plant that spurred this research in the first place (ECS).

Raphael Mechoulam, known as the “father of cannabis research” celebrated his 89th birthday last year. In an interview with Discover Magazine he discusses his earlier work and some of his recent findings.

One of the more interesting points he raised concerned a paper he published in the early 80’s showing that cannabidiol [CBD] is a very good antiepileptic with no side effects. He assumed but he said there was no interest at the time. Thirty-five years later GW Pharmaceuticals came out with Epidolex.

Now, Mechoulam has found a way to stabilize other cannabis compounds. Cannabinoid acids which are the molecules that come as precursors to cannabinoids in marijuana plants may have even more therapeutic potential, due in part to their potency. He states that CBDA, for example, is reportedly 1,000 times more potent than CBD when it comes to reducing nausea. It may be more therapeutic for other conditions as well.

In his interview with Discovery Magazine he explains cannabinoid acids:  “The acids are the precursors of THC and CBD. The plant doesn’t directly make THC and CBD, it makes the acids. They are precursors and these compounds, unfortunately, are not stable and therefore there has not been a lot of interest in them. We were glad to find out that it is a very potent compound, probably more active than CBD. It is a very good anti-anxiety agent, and we have found out that it lowers the side effects of cancer chemotherapy. It also has an anti-depressive effect and it’s a pretty potent anti-pain compound.”

He has partnered with the U.S.-based pharmaceutical IP company EPM to supply cannabinoid acid molecules for the development of new treatments. Trials in humans to treat psoriasis and inflammatory bowel disease are scheduled to begin this year.

He has also discovered a link between Anandamide (AEA) and addiction. Anandamide is one of several endocannabinoids produced naturally by our bodies. His research suggests it can be used to suppress withdrawals but stresses clinical studies need to be done on humans. 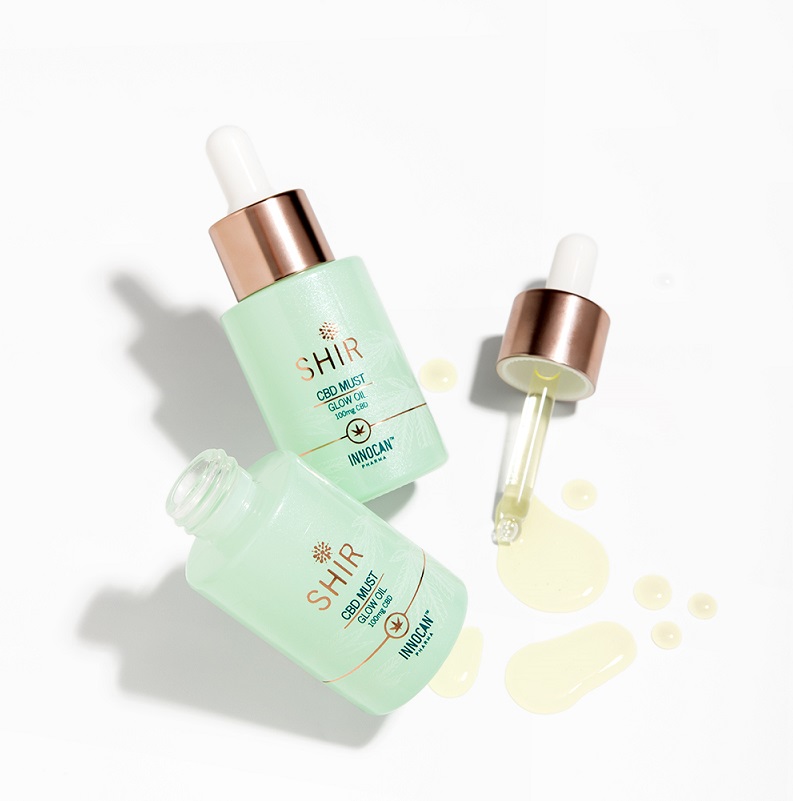 The Science Behind How CBD Topicals Treat Dermatological Inflammatory Diseases

They are continuously uncomfortable and in a painful state owing to the constant itching and inflammation they feel. These inflammatory skin conditions not only affect their quality of life but also severely hamper their self-esteem.

CBD as a Treatment for Acne

CBD integrated products may be the answer to reducing or even eliminating unsightly blemishes on your face. 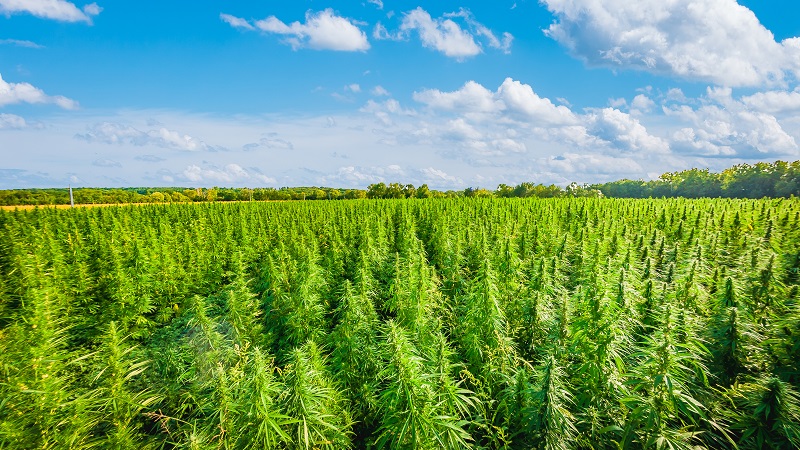 The Role of the Endocannabinoid System in Treating Eczema

Our human body runs on numerous processes and biological functions. Thousands of biochemical reactions take place every minute that enable you to carry out the simplest of tasks.

Topical Cannabis for Patients with Orthopedic Conditions: Does It Work?

Orthopedic conditions are associated with the musculoskeletal system of the body. This system comprises bones, muscles, joints, tendons and ligaments. Some common orthopedic conditions include arthritis, lower back pain, and foot, shoulder, hand and knee pain.