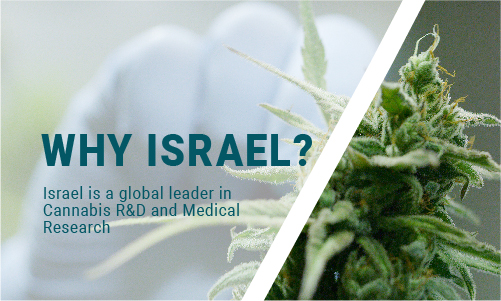 Since the 1960s, Israel has been conducting research on CBD oil. Israel became a leader in cannabis research and development by making new discoveries about the alternative extract. Prof. Raphael Mechoulam from the Hebrew University in Jerusalem was the first to isolate CBD from THC. He is known as the “Godfather” of cannabis medicine. His discovery of the THC molecule in 1964—a year after he isolated the nonintoxicating compound cannabidiol, or CBD—launched a scientific revolution on the study of cannabinoids, the chemical compounds that occur naturally in the cannabis plant and endogenously throughout the human body.

Israel considered a global leader in medical cannabis research and innovation. The Israeli Minister of Health supports research and innovation in the field by dedicating $2.3m a year, making Israel one of three countries in the world where cannabis research is sponsored by the government. The regularization of the medical cannabis field in Israel is the first of its kind in the world. It is a complex, unique, innovative and original process, which considerable efforts have been invested in its promotion, such as, providing medical care according to a regulated medical method and practice, enterprise and innovation in order to establish a wide array for the supply chain which operates according to adequate quality principles and the promotion of the knowledge and research in the field. Cannabis researchers have relocated to Israel to pursue their studies to evade onerous regulations.